We are just over a quarter of the way through the season and the Premier League table is beginning to take shape.

It's still very early in the season yet the top five look like they could well be holding on to their current positions come May.

City and Arsenal occupy first and second place, as they did at this stage last season, but both teams are on 23 points now, compared to the 22 points they had after ten games a year ago. Liverpool joins them both on 23 points, nine points better off than their tally last year. Chelsea is on 22 points and Spurs are in fifth place with 20 points.

Liverpool, under Jurgen Klopp, is one of the most improved, and most exciting teams in the league this time around. Coutinho, Mane and Firmino have become a formidable trio up top, demoting Sturridge to a regular place on the bench. Henderson is back from his injury stronger than ever and Lallana is settling very well into a new deeper, midfield role. Their free-flowing attacking football has gained many admirers and if they can find the right balance between a steady defence and penetrating attack then they may well be in the top three in May.

Wenger's Arsenal, situated exactly as they were, in second place, at this time last year has been in great form and recovered very well after the opening weekend defeat at home to Liverpool. Alexis Sanchez, Mesut Ozil and Theo Walcott have all been performing brilliantly and they have managed very well without the injured Aaron Ramsey so far. Can Arsene's Gunners maintain a serious title challenge in the second half of the season? 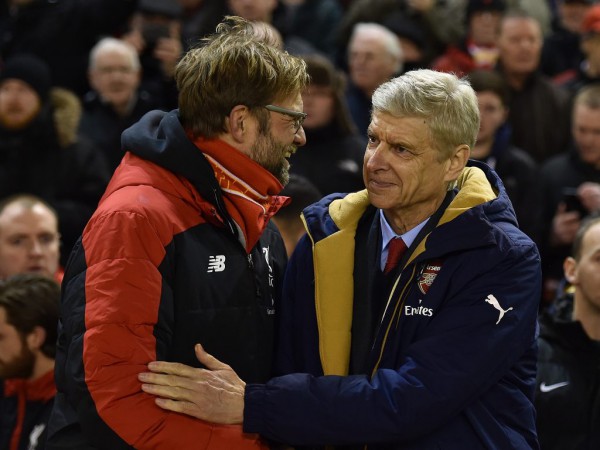 AFC Bournemouth has again been impressive under young coach, Eddie Howe. They continue to play their adventurous style of football with signings such as Jordon Ibe and Jack Wilshere (loan) settling in well. Bournemouth is currently sitting comfortably in tenth position and will hope to improve on last season’s final placing of sixteenth.

Watford finished safely in 13th last May but this season they have outdone themselves so far, and are in a very impressive seventh at the moment. Walter Mazzari has quietly gone about his business this season, possibly benefiting from the fact that the big names are hogging the bulk of the media coverage. With Conte, Guardiola, Mourinho, Klopp and even Koeman, the spotlight has not yet settled on Vicarage Road, resulting in a great start to the season for The Hornets.

At Goodison Park, Ronald Koeman has had a great start and his Everton team have a level of organisation and stability about them that was clearly lacking under Martinez. Lukaku is in great form, already bagging seven goals, and Yannick Bolasie has hit the ground running, linking well with Lukaku and providing four assists so far. Their current 6th position may not be too much to aim for as a final resting place when the dust settles next summer.

The Rest of the New Guys

Of the remaining new managers, Guardiola and Conte can both be generally happy with their starts.
Pep’s City was untouchable for the first part of the season but their victory at West Brom last Saturday brought an end to a six-game winless run; the first time such an occurrence has happened to Guardiola in his managerial career. The fact that they are still top of the league shows just how much of a head start they did give themselves with their very early form. A big performance against Barcelona tonight in the Champions League might just give them the impetus they need to get that form going again.

Conte’s slower start at Stamford Bridge has now begun to gather momentum. A 4-0 hammering of Manchester United followed by an impressive victory 2-0 victory against Southampton at St. Mary’s has shot them up to fourth place. Hazard and Costa are both in good form, as well as a rejuvenated Victor Moses, and they will be hoping to get back into the Champions League at least for next season.

Perhaps the most surprising underperformers so far have been Manchester United. Jose Mourinho seems to be struggling and his world-record signing, Paul Pogba, is yet to make a significant impact. Zlatan Ibrahimovic had a promising start to his Old Trafford career but even the great Swede now seems to be misfiring. When Jose joined United in the summer many fans believed it to be a match made in heaven - Mourinho landing his dream job, and the most commercially successful club in the world getting the man with an ego to match. But it has been far from plain-sailing for all involved. The Mkhitaryan signing seemed like a masterstroke at the time, but now, after just one start, the Armenian playmaker looks like he could be on his way out as soon as the January transfer window. What exactly is happening behind the scenes at Carrington is anyone’s guess.

The Leicester fairy-tale is over?

Last season’s league champions, Leicester City, mainly seem to have concentrated on their Champions League progress this time around, and who can blame them. In the Premier League they are situated in 11th with 12 points from their opening ten games. No doubt they are missing N’Golo Kante at the base of their midfield, and Jamie Vardy has yet to reach anything like the levels he hit last season, but in the Champions League they have been excellent, not even conceding a goal so far. A top-half finish may be the best Leicester can hope for on the domestic front this time around.

Moyes’ Sunderland and Bilic’s West Ham have been extremely poor so far.
West Ham doesn't seem to be settling into their new Olympic Stadium, and crowd trouble is now beginning to creep in as well, adding to the Hammers’ woes.
The ever-negative David Moyes would be a good bet for the next manager to lose his job in the Premier League. Two points from their opening ten games really is a dismal return and if Moyes can’t turn it around soon then he may well be spending Christmas searching for a new club.

Swansea City is in nineteenth position, with Bob Bradley still awaiting his first league win with the Swans. They haven’t won since their opening day victory at Burnley. While they’ve put in some good performances under Bradley they just can’t seem to stop the rot so far. As a Swansea fan, you would have to be worried about your prospects if you did go down. Players such as Leroy Fer, Gylfi Sigurdsson and Llorente would most likely be heading for the exit rather than spend any time in the Championship.

Overall, I think we are in for a thrilling title race with City, Spurs, Chelsea, Liverpool, and Arsenal all involved. Maybe even Jose’s United can drag themselves back into it as well. The relegation dogfight may be a little easier to predict with whipping boys such as Sunderland bound to be rooted to the bottom of the table. Could Big Sam be recalled to the Stadium of Light for the great escape?