Bundesliga I - The Story so Far...

So, Red Bull has given Leipzig wings….

The story of Red Bull Leipzig is incredible. Only formed in 2009, the aim was to make the German top-flight within eight years.
Well, they got there this season, a year ahead of schedule.
They are yet to finish outside the top five of their division in any of their league campaigns so far. Now, here they are tearing it up in the Bundesliga I.

Joint-top with Bayern Munich, and undefeated in the opening ten games of their first season at the highest level in Germany, surely this start is beyond their most optimistic of expectations - or is it?
Generally, it’s just a case of watching Dortmund and Bayern battling it out at the top but RB Leipzig has rewritten the script so far for 2016/17. Now it’s a case of seeing if Ralph Hasenhüttl’s men can last the pace. 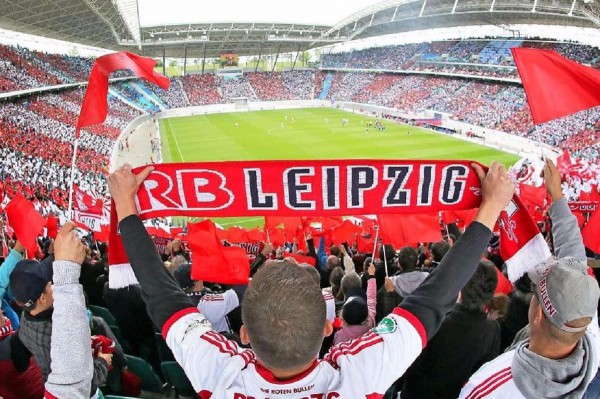 Tuchel’s Dortmund will not be happy to be six points behind Bayern and RB Leipzig after those ten games. They are going strong in the Champions League but domestically they already need to work on closing that gap at the top.

As well as Bayern and RB Leipzig, the only other team who are still unbeaten are TSG Hoffenheim. They are led by Julian Nagelsmann, the youngest coach in the Bundesliga, who is 29 years old. Nagelsmann took over as head coach when the club was in the drop zone in February this year.
He managed to guide them to safety by finishing a point above the relegation play-off position.
This season TSG have started brilliantly, and are currently four points behind the top two. Nagelsmann has made them very difficult to beat and they’ve won five of their last six games, where the only draw was an excellent point away to Bayern (1-1 on 5th November).

Upcoming Fixtures to watch out for

Bayer Leverkusen v RB Leipzig - Friday, November 18th:
RB Leipzig gets the Bundesliga I back underway after the international break with a trip to Bayer Leverkusen. Their opponents have made a slow start and will be looking to kick-start their season as soon as possible, however. It should be a tight game.

Borussia Dortmund v Bayern Munich - Saturday, November 19th:
Much like Leverkusen, Dortmund must be disappointed with how they’ve begun this season. The Westfalenstadion will be bouncing for this game on Saturday evening. Ancelotti has made a steady start with Bayern but this promises to really test what his team are made of.