I liked the look of Spin Party by Play'n GO instantly. This may be partially down to a personal preference for fruit symbols in slot games, of which there are plenty in the online game. Furthermore, the game’s intro video is impressively produced. 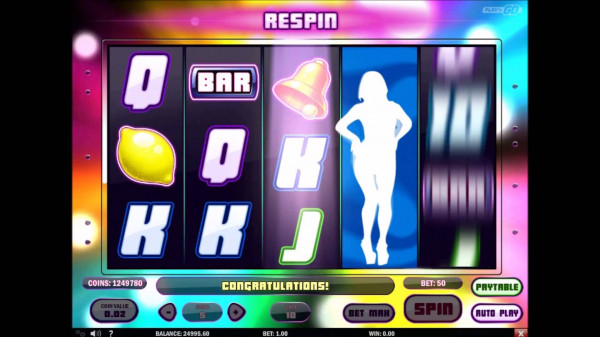 Alike some other slot games by provider Play'n GO, Spin Party includes its so-called Win Spin. This is a great feature and has seen great popularity in other games, such as Pimped and Masquerade. This bonus feature is triggered by getting two or more Wilds in one spin. The result is at least 5 Win Spins and at the maximum 20 Win Spins, with each Wild appearing during the Win Spin sticking on the reel for one spin and triggering an additional spin. While not all too easy to hit, this feature does maximise the odds greatly.

The jackpot is not as gigantic as in other games, yet quite the bonus, if you hit it.

Intro videos are there to be skipped, some may say. Sure, however, the sleek graphics and high-quality sound effects are proof that the developers have put an immense amount of effort into creating Spin Party. To me, this is synonymous with quality. Unsurprising, once you hit the spin button, the 5-reel and 10 pay lines video slot kicks off and turns smoothly, without lag.

The white silhouettes of ladies, dancing ladies to be precise, not only represents the theme of the game but also represents the Wild symbol in the Spin Party slot game. Once you hit these ladies, no pun intended, they expand over the entire reel. The result is that any winning combination is completed, with the dancers substituting any other symbol. As seasoned players know, this feature is rather common but very welcome. A little more exciting is that the Wild symbol also triggers a re-spin and that the so-called Sticky Wild is valid during that re-spin.

Our Verdict on Spin Party

I wouldn’t be all too fond of the purplish colour. It’s reminiscent of NetEnt's Starburst purple and doesn’t work with the theme, which could benefit from some more ‘disco-ball’ colours. That, however, is subject to opinion.